Allegri: I’m so angry… and I made a mistake in the changes 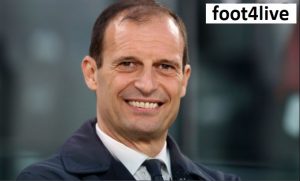 Allegri: I’m so angry… and I made a mistake in the changes

Juventus coach Massimiliano Allegri said that he was very angry with his team’s performance during the last minutes of the Milan (1-1) match, today, Sunday, in the fourth round of the Italian League.

“Tonight I am very angry, the team performed well in the first half, and we only received one shot,” Allegri told DAZN.

He added, “We risked losing the game, even though we controlled it until the equalizer… Unfortunately we lost interest and determination, just look at the goal moment, there were a lot of players.”

He continued, “We have to improve. The thing you have to learn quickly is that in these matches you have to be tough until the last minute, you have to play better. This is part of the development of some players, and I also made mistakes in the changes.”

And he added: “It was important to achieve a positive result, the victory of Milan would have kept us away, but the draw left their advantage unchanged.”