Ancelotti the best coach in Europe 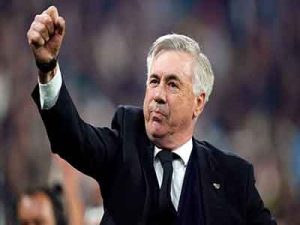 Real Madrid coach Carlo Ancelotti won the award for the best coach in Europe during the ceremony held in Istanbul, Turkey, on the sidelines of the draw for the group stage of the Champions League for the 2022-2023 season.

Ancelotti surpassed Pep Guardiola (Manchester City) and Jurgen Klopp (Liverpool), with whom he reached the final list for the award.

It is noteworthy that Ancelotti returned to coach Real Madrid at the beginning of last season, coming from Everton, knowing that he won the European Championship title with the Royal Club in 2014.