Anelka to Mbappe: One solution to compete with Messi and Cristiano 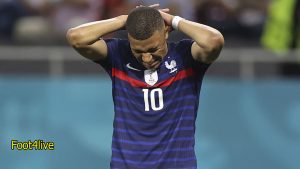 Anelka to Mbappe: One solution to compete with Messi and Cristiano

The France international Nicolas Anelka said that his compatriot Kylian Mbappe should leave Paris Saint-Germain if he wants to shine at the international level, like Cristiano Ronaldo and Lionel Messi.

“If you want to win the highest trophies, you have to leave PSG at some point,” Anelka wrote, in his column on the sports website “The Athletic”. “You can’t say you compete with the best all the time when you’re at Saint-Germain.”

“If you want to win the Ballon d’Or, which you have to look forward to, to follow in the footsteps of Cristiano Ronaldo and Lionel Messi, you have to compete with the best,” added the Euro 2000 winner with the France national team.

Anelka pointed out that the French league is not easy, but the Premier League is “the most difficult league.”

“So if you want to be among the best, you have to do what you are doing in Paris, but at Chelsea, Manchester United, Arsenal, Manchester City or Liverpool,” he told Mbappe.

He added, “Or go to Spain, join Real Madrid or Barcelona, ​​or maybe go to Italy… so that you can look forward to shining better at the international level.”