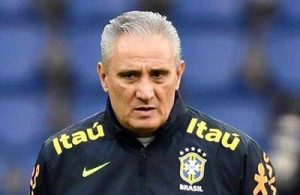 Brazil coach Tite announced the list of his country’s national team in preparation for two friendlies against Ghana and Tunisia, as part of the preparations for the 2022 World Cup.

Tite explained that all players have a chance to be called up, and demanded that they maintain the highest level, if they want to go to Qatar.