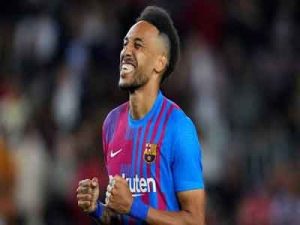 And according to the British newspaper, “Daily Mail”, the Manchester United leaders made contact with Barcelona and Aubameyang, after the disastrous start of the Red Devils in the new season.

And the British newspaper pointed out that Aubameyang ignored the offer of the Red Devils, and if he was forced to leave Barcelona, ​​he would choose to move to Chelsea.

It is noteworthy that many reports confirmed the need for Barcelona to give up more than one player in the attack, after concluding strong deals during the summer Mercato, such as contracting with Robert Lewandowski and Rafinha, in addition to renewing the contract of Osman Dembele.