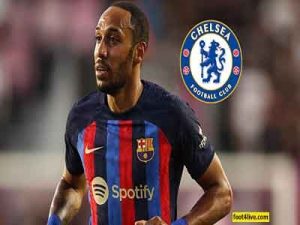 And according to the Spanish newspaper “Sport”, Chelsea offered 15 million euros, in addition to bonuses, for Aubameyang this summer.

The Spanish newspaper indicated that Barcelona had estimated the Aubameyang deal at 25 million euros.

The Catalan club is seeking to dispense with Aubameyang, in order to reduce the team’s salaries, and to succeed in registering the French defender, Jules Conde.

And “Sport” indicated that negotiations will continue between Barcelona and Chelsea officials over the Aubameyang deal during the next few hours.

This summer, the Blues abandoned Belgian Romelu Lukaku and German Timo Werner in the front line, as the first moved to Inter for a season on loan, while the second signed with Leipzig in a final sale deal.