Chilwell comments in the first match in the competition! 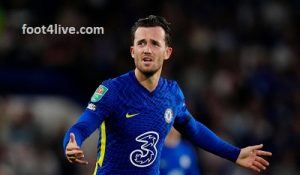 Chilwell comments in the first match in the competition!

His team is still in the process of forming, but a victory in its first game in the Premier League, over Everton (1-0), was necessary.

“We have a lot to work on and develop, but the main thing was the three points, and we got them, so we are happy,”.

He continued, “We are a team in transition, and we are still trying to work together. We have new players who have been merged and new ownership, so we are still working hard.”

Chilwell’s start at Goodison Park was very important, as it came after recovering from a knee injury he suffered in late November.

In the competition for his position with newcomer Mark Cucurella, the England international said:

“We are at Chelsea, so there will be a lot of good players. The competition for places will be fierce. We will push each other, like everyone else in the team.”

“I feel good, it’s my first game in the league in a long time, I’m very happy to be back”

added: “It’s the best feeling in the world.”

“I’ve been away for a long time, to come back and make a big impact in winning a penalty for the team, was a great feeling.”

“I worked hard for a long time to play in the Premier League again,”

“We (he and coach Thomas Tuchel) had a conversation, where he asked me if I was ready, and I said: Of course.”

What do you think about Chelsea’s first match? is it the preferable beginning for the coach?