Contract from another world .. Mbappe consumes a quarter of PSG budget 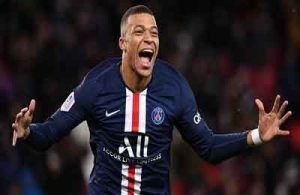 A French press report revealed exciting details about the astronomical contract of Kylian Mbappe, the Paris Saint-Germain striker, which he signed in late May.

The newspaper “Le Parisien” reported today, Sunday, that Mbappe signed a contract that extends until the summer of 2025, which is the most expensive in the history of any athlete, according to which he will earn 630 million euros.

The newspaper pointed out that the actual contract period is two seasons, with the option to extend for a third season, provided that Mbappe agrees, without including clauses related to individual titles or awards, such as the Champions League and the Golden Ball.

The French striker will also receive a signing bonus of 180 million euros, in 3 installments due by July, with Mbappe receiving the full amount, in the event of his departure before the end of the contract.

Saint-Germain also allocated a loyalty bonus to the French international, worth 70 million euros, which he will receive in the summer of next year if he continues with the team, and will increase by 10 million euros annually for each season he spends with PSG.

The newspaper “Le Parisien” concluded its report that Mbappe will receive 45% of the total money, after tax, stressing that his contract represents a quarter of the Paris club’s budget.