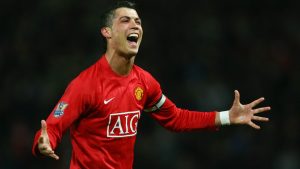 The English football team, Manchester City, withdrew from the race to sign C. Ronaldo, the star of the Italian team Juventus, and the Portuguese star is close to joining his former team, Manchester United.

Ronaldo was offered to Manchester City, who failed to sign Harry Kane from Tottenham, after the player explained his desire to leave Juventus, but after studying, Manchester City decided that they did not want to continue with this deal.

At the age of 36, Ronaldo has become in an age group that the club does not want to include in the team, and they feel that the player will not fit in the way Pep Guardiola depends.

Manchester United said in an official statement: “The club is pleased to announce that it has reached an agreement with Juventus regarding the transfer of Cristiano Ronaldo, provided that the player agrees to the personal terms of the contract, obtains a work permit and conducts a medical examination.”

He added, “Cristiano has won the Ballon d’Or 5 times and won more than 30 major titles during his career, including five Champions League titles, four Club World Cup titles, seven league titles in England, Spain and Italy, and the Euro with the Portuguese national team.”

He concluded: “In his first spell with Manchester United, C. Ronaldo scored 118 goals in 292 matches, and everyone at the club is looking forward to welcoming Cristiano back.”