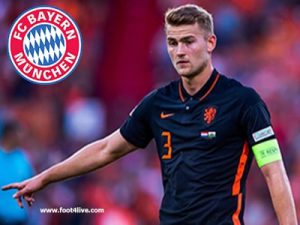 After arriving from Juventus, De Ligt immediately headed for the United States where he is expected to play for Bayern in their games against DC United on Wednesday and Manchester City on the weekend.