Guardiola: Bernardo Silva will not leave 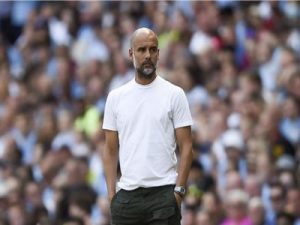 Manchester City coach Pep Guardiola has ended the controversy surrounding one of the stars of the heavenly team, during the current summer Mercato.

“Bernardo Silva will remain in Manchester City,” Guardiola said in statements, most notably Fabrizio Romano, an expert on transfers of players and coaches in Europe, on his Twitter account.

Guardiola added, “I have been clear about this, Bernardo is irreplaceable, because he offers us many things. He is a very important player, he can play in 5 positions.”

It is noteworthy that several press reports linked Bernardo Silva to a move to Barcelona and Paris Saint-Germain during the current summer Mercato.

The Portuguese player participated in the last two matches of Manchester City in the Premier League, after he started the season on the bench.