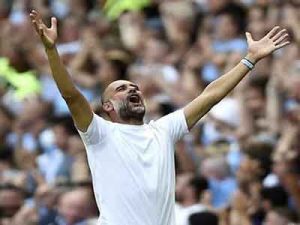 Manchester City coach Pep Guardiola has confirmed that Bernardo Silva will stay with the team, which will make Barcelona compelled to change its goals.

The name of the playmaker Bernardo was associated with a move to Barcelona during the current summer transfer period, as coach Xavi seeks to build a team capable of competing for the Spanish League and Champions League titles.

But Guardiola, the former Barcelona coach, insisted that he wanted the 28-year-old Portugal international to stay with Manchester City.

Guardiola said, on the fifth day, that Bernardo could be in Barcelona next week, but as a player in Manchester City, where the two teams meet in a fundraising match at the Camp Nou.

This is a case of former Barcelona goalkeeper coach Juan Carlos Unzuy, and Stephen Darby, the husband of Stephanie Houghton, the Manchester City women’s captain.

Speaking to Catalunya Radio, Guardiola spoke to Unzue about the future he sees for Bernardo.

Guardiola said: “Next Wednesday you will see him playing. Of course! And what is certain is that he will play with us, Manchester City. Bernardo and 10 other players will play.”

Bernardo has been playing with City for 5 years, winning four league titles among many titles, and was able to become a key player in the Manchester City team.

All Football News on esoccer.news