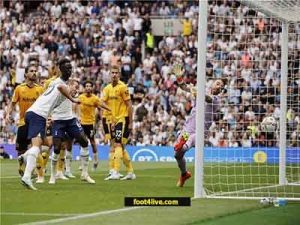 Harry Kane, Tottenham striker, scored a special number during his team’s current match against Wolverhampton, in the third round of the English Premier League.

Kane scored the first goal for Tottenham in the match, taking advantage of the decisive pass to his colleague Ivan Perisic.

According to the “Opta” network of statistics, Kane reached 185 goals in the English Premier League with Tottenham, surpassing Argentine Sergio Aguero with Manchester City (184 goals) in the list of the player who scored the most goals with a single club in the Premier League.

It is noteworthy that Aguero announced his retirement from football last season, so Kane can go further with his record in the coming seasons.