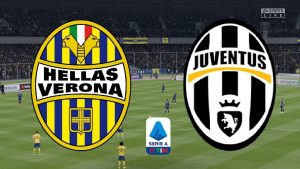 FOOT4LIVE provides live coverage of the Hellas Verona match against Juventus, next Saturday, in the Italian Serie A matches.

Juventus is 13 points away from Napoli and AC Milan, the Italian league leaders, which reduces its chances of competing for the Calcio title, which it lost last season, after Inter Milan crowned it for the first time since the 2009-2010 season.
Hellas Verona is armed with its fans and stadium against Juventus, in order to achieve a surprise and increase Juve’s wounds with a new loss after the defeat of Sassuolo.

What are the channels for the Hellas Verona against Juventus match?
The match between Hellas Verona and Juventus, in the 11th round of the Italian League, will be stream on DAZN 1HD Italia.