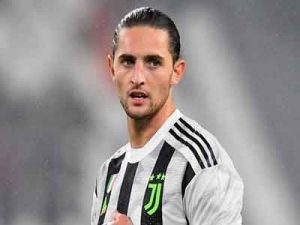 Juventus and Manchester United had agreed on a deal for Frenchman Adrien Rabiot, but negotiations failed because the player did not agree on his salary with Manuelo.

According to the newspaper, “Telegraph”, Juventus offered American midfielder Weston McKinney, to the Red Devils, after the failure of the Rabiot deal.

And the British newspaper pointed out that Manchester United rejected the offer of Juventus, because it was not interested in the inclusion of Weston McKinney.

And Juventus needs to sell at least one player in the midfield, in order to get paid for the deal of Leandro Paredes from Paris Saint-Germain.

It is noteworthy that Manchester United turned its attention to Casemiro, the Real Madrid star, and Sergey Milinkovic-Savic, the Lazio player, after the failure of the Rabiot deal.