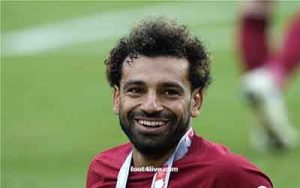 Last season’s Premier League runners-up Liverpool took a hard-earned point away to newly promoted Fulham on Saturday and Klopp admitted it felt like a loss.

When he opened his account for the campaign in the 32nd minute, Serbia striker Mitrovic looked every bit the player who broke Championship records last season with 43 goals.

Although Klopp’s side salvaged a point at Craven Cottage, he believes they weren’t at their best.

The Liverpool manager said, “We started exactly the opposite way we intended.”.

Our play wasn’t good enough, quick enough, precise enough, and we couldn’t achieve the dominance we are used to.

“I really like the point you made. Even if we had won the game, our performance wouldn’t have improved a bit.

As a result of losing two points, I’m happy with the punishment we received. We can see things differently – for them (Fulham), we lost two points as well.”

Early on, Klopp saw warning signs as Liverpool struggled to string passes together and were caught on the break.

While the Reds grew into the game, it was far from a composed performance.

Klopp said he felt more responsible for defeats than for victories.

Despite our best efforts, we were defeated. Although the result is not a defeat, the performance was.

Therefore, we must find out what happened. That’s not us today.

“But we don’t want to take anything away from Fulham, they did really well.”