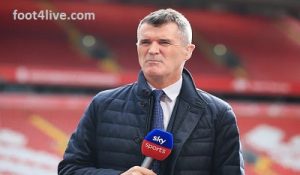 Manchester United legend Roy Keane criticized the midfield duo Fred and Scott McTominay for the disappointing performance of the players, in the 1-2 loss against Brighton on Sunday evening, in the first round of the English Premier League.

Kane pointed the finger at Fred and McTominay, claiming the midfield duo would not be “good enough” to bring United back to the top of the competition.

Firstly, United trailed 1-0 in the first 30 minutes of the match after Pascal Gross scored.

Additionally, Kane was furious with the result after the match, blaming United’s lack of quality in midfield.

Especially Fred, I’ve been talking about that for a long time, Fred and (Scott) McTominay are not good enough.”

Moreover, he said: “They will not bring Manchester United back to the competition at the top, we see that week after week, they are not at the level of the team.”