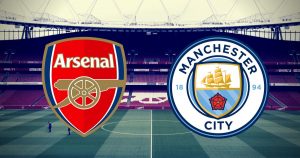 Manchester City opened its new football season with two consecutive defeats, against Leicester City in the Community Shield match, and then fell in the Premier League opener against Tottenham with a clean goal.

But the Spanish coach Pep Guardiola’s squad regained confidence with the most amazing display this season by crushing Norwich City 5-0, to grab the first 3 points in the Premier League.

While the Arsenal team suffers both, under the leadership of coach Mikel Arteta, and the Gunners suffered two consecutive defeats in the first two rounds of the current season of the English Premier League, against the newly promoted Brentford (2/0) and fell again with the same result against its neighbor Chelsea in the second round, to be in the center before The last in the Premier League table without points.

What time is the Manchester City vs Arsenal match?

The Etihad Stadium, the city’s stronghold, will host the Manchester City-Arsenal match, on Saturday 28-8-2021, in the third round of the two teams in the English Premier League.