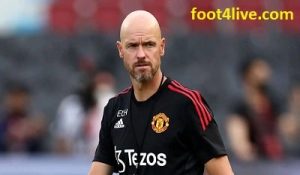 Manchester United decided to take a step back, with Barcelona’s Frenkie de Jong, to try to revitalize the signing process.

According to the Dutch newspaper, “Telegraph”, regarding the Manchester United transfer news the English club decided to withdraw the offer it made to the Barcelona midfielder.

The same newspaper indicated that the English club can end the De Jong deal by completely rewriting the negotiations, to persuade the 25-year-old to move to its ranks.

Everything is still hanging in the air because the Dutch midfielder has not shown any signs of his desire to leave Barcelona, ​​while Chelsea is still trying to obtain his services.

The Dutch newspaper confirms that United still wants to include De Jong and is striving to achieve this, but he has also become aware that the previous offer has expired, and hopes to negotiate again with the player and his agents to find a solution.

It is noteworthy that the English team has been trying to sign with the Dutch player since last June and mortgaged all his plans without being able to convince him so far.