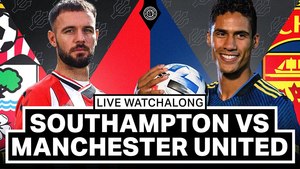 The date of the match between Manchester United and Southampton