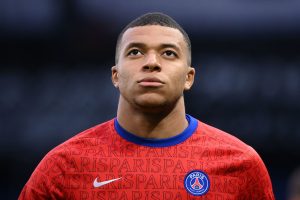 Mbappe available against Troyes as the Paris-saint-german coach Mauricio Pochettino announced the list of players he will play against Troyes, today, Saturday, in the first round of the French League.

The list includes 23 players, led by Kylian Mbappe, the team’s striker, despite the controversy surrounding his future with the expiration of his contract in the summer of 2022.

The Paris coach also hired a number of young players to make up for the numerical shortfall in the absence of some of the team’s stars who participated in the Euro 2020 and Copa America tournaments.

Neymar came back to training sessions with Paris saint German

Brazilian star Neymar da Silva has returned to Paris Saint-Germain training, to join the rest of the internationals who have returned to the team after participating in one of the European Nations Cup (Euro 2020), Copa America or the Olympic Games (Tokyo 2020).

Saint-Germain will start its journey in the new season, tomorrow, Saturday, with the opening of the French League competitions against Troyes, a match that will be absent from many stars, led by Neymar, due to their recent return from holidays, and they underwent routine tests before joining the team’s training.

“Back to training,” the Brazilian star wrote on social media, and attached a picture of him with young Frenchman Kylian Mbappe and Argentine midfielder Leandro Paredes.

Saint-Germain is preparing for the new season after making several major deals, topped by the inclusion of Spanish defender Sergio Ramos and Italian goalkeeper Gianluigi Donnarumma, amid news that the French capital team negotiated with Argentine star Lionel Messi, who recently ended his career with Barcelona, ​​​​for the team’s inability to On renewing his contract, due to the value of his high salary, and the economic crisis that the Catalan team is going through.

And Argentine coach Mauricio Pochettino confirmed in a press conference today, that the team is studying the possibility of including Messi during the current summer transfer season, to become the only team that has announced its desire to include the player so far, after the Manchester City coach, Pep Guardiola, announced that his team did not consider including him. player offline.

You can watch Troyes vs paris saint german for free on our website foot4live.com, with high quality and without internet issues, as you can watch also all your preferred team online free on football live stream website.

watch Paris saint German vs Troyes today on our website, as you can watch man city vs leiceter city today too.