Messi to Psg ! when is messi’s interview? 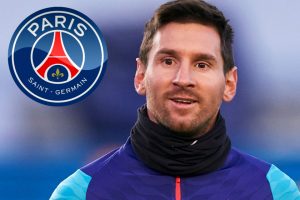 Messi to Psg, is it real? when is messi’s interview?

The former captain of Barcelona, ​​​​will appear in the coming hours, to talk about his future after his departure from the Catalan team.

And Barcelona officially announced, last Thursday, the end of his relationship with legend Lionel Messi.

After the failure to renew his contract due to the regulations of the League of La Liga.

According to the Spanish “El Chiringuito” program, Messi will hold a press conference, tomorrow, Sunday, at the Camp Nou.

And he will be there to talk about his departure from the walls of Barcelona, ​​as well as his new destination in the stadiums.

Messi’s name has been linked to a move to Paris Saint-Germain.

It was strongly reported that Messi received an offer from the French capital club, for a period of two years, with the possibility of extending for a third season, for 40 million euros for each season.

Watch all your matches with foot4live for free and without paying any single dollar.