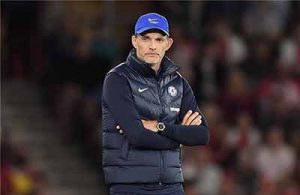 Chelsea officially announced today, Wednesday, the dismissal of German Thomas Tuchel from his position as technical director of the team.

This came in the wake of the defeat against Dinamo Zagreb yesterday, with a goal, in the Champions League.

Chelsea issued a statement on its official website, confirming the dismissal of Tuchel from his position, and the search for a new technical director to lead the team.

“With the new owners arriving at the club 100 days ago, and as they continue to work hard to move the club forward, they believe this is the time to make a change,” Chelsea said in a statement.

The statement added: “The Chelsea coaching staff will be responsible for leading the team to prepare for our upcoming matches, and the club will move quickly to appoint a new coach.”

He added, “There will be no further comment until a new coach is appointed.”

It is worth noting that Chelsea won the European Champions League, the European Super Cup and the Club World Cup with Tuchel.