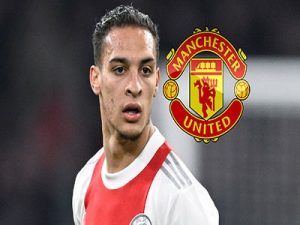 Manchester United said, in a statement on their official website: “The club has reached an agreement with Ajax regarding the inclusion of Anthony, provided that medical examinations and the player’s personal contract are completed and a work permit is obtained.”

Several reports revealed that the deal was settled between Manchester United and Ajax for 100 million euros.

And it was Eric Ten Hag, Manchester United coach, who stuck to the Anthony deal, despite Ajax’s long-standing intransigence in the negotiations.

Manchester United won two wins in the first 4 rounds of the Premier League this season.