Official : the Arsenal vs PSV match has been postponed 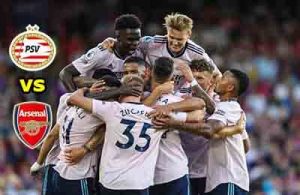 the Dutch club Eindhoven announced today, Monday, the postponement of its match against Arsenal, in The second round of the European League group stage.

The match was scheduled for next Thursday, at the Emirates Stadium.

“The postponement is due to insufficient police personnel in the London City, due to Queen Elizabeth’s funeral,” Eindhoven said in an official statement.

PSV Eindhoven said the new date for the match against Arsenal had not yet been confirmed.

And the newspaper “Daily Mail”, on absence of the match Arsenal against PSV Eindhoven, warns of the possibility of postponing other matches during the next week in the English Premier League.