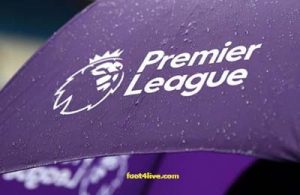 The English Premier League decided to postpone the matches of the seventh round of the competition, which was scheduled to start tomorrow, Saturday, to mourn the death of Queen Elizabeth II.

“As a sign of respect, the Premier League round will be postponed.”

Premier League chief executive Richard Masters said: “We and our clubs would like to pay tribute to Her Majesty’s long and steadfast service to our country. As our longest-serving Queen, she has been an inspiration and left behind an incredible legacy after a life of dedication.”

“This is a very sad time not only for the nation, but also for the millions of people around the world who have admired her. We share together with all of those in mourning her passing,” he added.

The League noted that more updates regarding Premier League matches during the mourning period will be provided in due course.