Ronaldo promises to return to Man Utd on Sunday 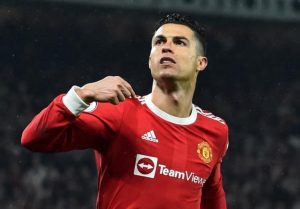 Ronaldo promises to return to Man Utd on Sunday
A friendly against Rayo Vallecano at Old Trafford on Sunday will mark Cristiano Ronaldo’s return to Manchester United.

After reports that the 37-year-old wanted to leave the club, the striker missed United’s preseason tour of Thailand and Australia.

A meeting between Ronaldo and United’s new manager Erik ten Hag took place earlier this week on the training ground. It has now been confirmed that the Portuguese superstar will play for United on Sunday.

A United fan commented on his omission from the squad on Instagram: “Domingo o rei joga,” or “Sunday, the king plays.” If he plays, it will be Ronaldo’s first match for United since the 4-0 loss at Brighton on May 7.