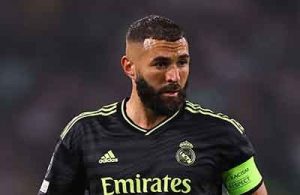 The future of Karim Benzema, the Real Madrid striker, remains unresolved, with his contract expiring at the end of the current season.

In this regard, the “RMC Sport” network quoted Spanish press reports, the existence of a clause in Benzema’s contract, which he automatically renews for an additional season, if he wins the Ballon d’Or.

Benzema, who will celebrate his 35th birthday on December 19, is the closest to winning this prestigious award for his role in crowning the royal with the double of the Spanish League and the Champions League, last season.

The Ballon d’Or Ceremony will be held in a French theater on October 17.

The Real Madrid administration follows a policy criticized by some, by suspending the renewal of the contracts of the team’s stars until the last moments, as happened with Luka Modric and Sergio Ramos before his departure to Paris Saint-Germain.