The only solution to terminate Mbappe’s contract with PSG 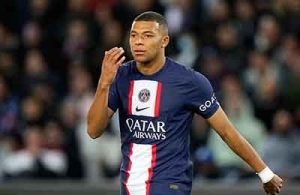 Paris Saint-Germain striker Kylian Mbappe is studying all possible solutions to realize his desire to leave the team as soon as possible.

The “Radio Monte Carlo” network reported that Kylian has not publicly stated his desire to leave, but he already wants to leave the club as soon as possible due to promises that the administration did not fulfill when he extended his contract last May.

She added that Mbappe’s departure from the PSG ranks next January, seems very difficult, because the Paris administration will not accept his departure in the middle of the season, and has previously fought hard not to sell him to Real Madrid in the summer of 2021, a year before the end of his old contract.

She pointed out: “Killian’s departure in the summer of 2023 will be very likely, because there will be a year left at the end of his current contract, because he agreed to renew for two years with the option of extending for a third season based on the player’s desire only.”

The French network confirmed that Mbappe does not intend to activate this clause with his golden contract, which is the most expensive in the history of any French player, which means that his current contract expires in the summer of 2024.

She also pointed out that Real Madrid is watching Mbappe’s situation with great interest, despite the behavior of the French striker, who embarrassed the royal administration, when he decided to renew his contract with PSG, this summer.

And she concluded her report that there is another scenario, which facilitates the transfer of Kylian Mbappe to Real Madrid, which is the player’s resort to rescinding his contract, if the rumors that the BSG administration hired an external agency that attacks the player through social networking sites prove true, but the legal procedures will be very long, and the Mbappe’s wish is fulfilled as quickly as he wishes.