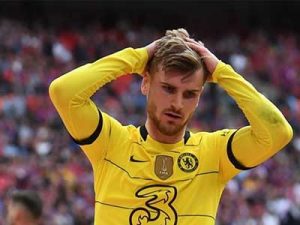 In the run-up to the World Cup later this year, German forward Timo Werner is considering leaving Chelsea for more playing time.

With the signing of England international Raheem Sterling, Chelsea have further bolstered their attack with Werner, 26.

Timo played 45 minutes for his country and scored, so Tuchel doesn’t want to promise him more minutes. “Everyone is responsible for their own situation,” Tuchel said.