Will Arthur leave Liverpool in January? 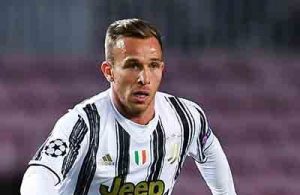 Press reports revealed the fact that Liverpool wanted to dispense with Brazilian Arthur Milo, next winter, and cut his loan from Juventus.

Liverpool borrowed Arthur from Juventus for a year, but reports emerged indicating the club’s desire to end his loan, due to the Reds coach Jurgen Klopp’s dissatisfaction with his level.

“Liverpool do not plan to return Arthur Milo to Juventus in January, despite rumors coming from Italy,” Fabrizio wrote on his Twitter account.

“Arthur is working hard to regain his best form. This story has been denied by both the club and the player. The player is completely focused on Liverpool.”

And the British “BBC” network reported, today, Friday, that despite the team’s rest, the Brazilian is training alone in order to convince Jurgen Klopp, the coach of the team.